The continued rise of drone technology has transformed the Dayton Region into the leading area for development, testing and flights of innovative UAS technology. In partnership with the Dayton Development Coalition, Ohio Air National Guard, AFRL, regional colleges and universities, and private industries, Ohio has become a destination of choice for UAS researchers, developers, manufacturers, suppliers, trainers and educators.

In April 2019, AFRL, the FAA and State of Ohio launched SkyVision to safely, accurately, and effectively allow UAS to detect and avoid other aircraft while in flight.  Ground Based Sense and Avoid (GBSAA) operation in a Beyond Visual Line of Sight (BVLOS) in a 200+ nautical mile area. Designed for altitudes between 1,000 to 10,000 feet, SkyVision allows remote-piloted aircraft to avoid both controlled and non-cooperative air traffic, operating as an air traffic control system for drones.

Ohio's SkyVision detection system could potentially be used by the state to develop and test UAS technology to assist citizens in the event of a natural disaster or to significantly enhance the capability of search and rescue teams to find missing persons in time-critical situations. Commercial companies, such as those looking to use drones to survey damaged infrastructure or hoping to launch drone commerce operations, will now have an opportunity to test their BVLOS technology.

Across town, Sinclair College has created a UAS curriculum where students can learn from classroom instruction, simulations and hands-on vehicle operation. The two-semester program takes students through critical areas such as data management, decision making and mission planning. The University of Dayton will soon offer a Professional Master’s of Science program in autonomous systems as well.

Local companies like Gem City Engineering created the iRobot and more for use in tactical support and security roles, while Yaskawa Motoman manufactures nearly 300,000 industrial robots, 10 million servos and 18 million inverter drives globally. Even the State of Ohio is investing in the future with its $45 million SMART Center hub for autonomous and connected vehicle research.

The Dayton Region continues to build on its strong history of innovation in the field of intelligent autonomous systems to improve the performance of human operators through the use of both static and dynamic autonomous software assistants.

AFRL is also experimenting with the HAVE Raider to develop autonomous systems that operate as “trusted wingmen” to piloted systems and are creating the Low Cost Attritable Aircraft Technologies (LCAAT) to develop and demonstrate technologies that enable low-cost UAV systems that will autonomously support manned systems in A2/AD environments.

Each year the Safe and Secure Systems and Software Symposium (S5) event brings together industry, academia and government to review technologies that support autonomous, learning and trusted systems. This event really captures the collaborative nature of the Dayton Region and exemplifies how local organizations can work well together.

Want to learn more? Come to the UAS Midwest Forum in August and see for yourself. Each year, UAS Midwest offers unique opportunities for networking with government, industry and academia, as well as respected, upper-level expert speakers. Dayton’s proximity to Wright-Patterson Air Force Base encourages substantial attendance from base personnel.

The conference takes place the same week as the Unmanned Systems Academic Summit, which is hosted by The Ohio State University and Sinclair Community College’s National UAS Training and Certification Center at Sinclair’s campus in Dayton. 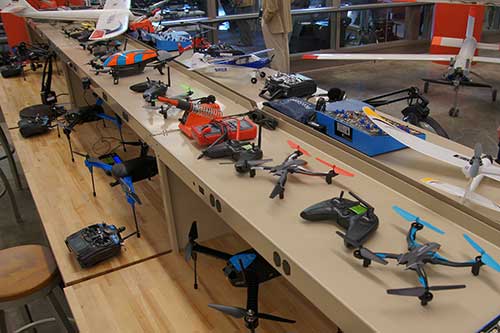 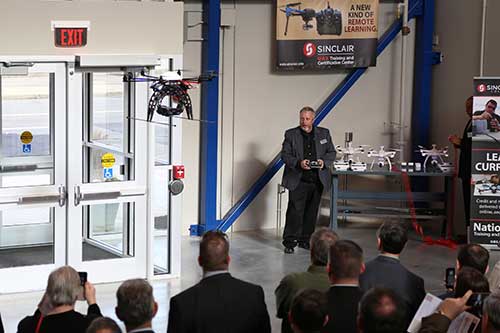 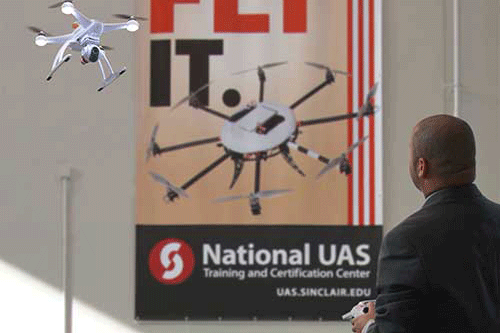 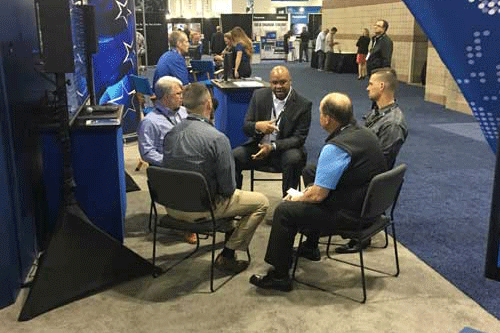